My Education and Experience as an Appellate Litigator 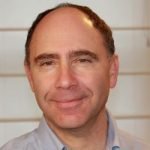 I have spent most of my career litigating appeals on behalf of individuals seeking to reverse judgments of trial courts in courts of appeal.

Some of my more recent cases include:

People v. O’Connell, H033012 (Cal. Ct. App. 2010) in which the California Court of Appeal reversed three of my client’s four felony convictions, and a sentence enhancement that had resulted in a 50 year to life prison term;

People v. Pagan H032340 (Cal. Ct. App. 2009)in which the California Court of Appeal reversed my client’s sentence enhancement, which had resulted in a 25 year to life prison term, while affirming his two felony convictions;

Montalvo v. Spirit Airlines, 508 F.2d 464 (9th Cir. 2007) in which the Ninth Circuit Court of Appeals reversed the district court’s grant of summary judgment on one of two claims (affirming judgment on the other claim) brought by my clients in 16 consolidated suits alleging negligence by airlines resulting in serious injury or death from blood clots incurred in flight.

One quite interesting case, which I began in the trial court, was Sanders v. City of Seattle, 160 Wn.2d 198 (2007) in which several anti-war protestors challenged the right of a private shopping mall to order them to lower their picket signs, so they could not be seen. Until I had a chance to meet with its staff attorneys, even the ACLU thought the shopping mall was within its rights. Since the protestors were using a public easement through the mall to access public transportation, I reasoned their right to display the signs was protected by the Constitution’s guarantee of free expression. The trial court disagreed. However, its 20-page memorandum decision did not persuade me, so we appealed.

Before the court of appeals could hear the case, the Washington Supreme Court ordered the case transferred to the Supreme Court. There I did persuade two of the justices –each of whom wrote a sharp dissent that the Constitution protected my clients’ right to display their picket signs on the easement. However, a seven member majority ruled to the contrary. I continue to believe my position is correct, and that perhaps one day in the future, as sometimes happens, the reasoning of the dissenters will become the position of the majority.

While I have spent most of my career as a solo practitioner, from 2002 to 2005 I was a partner at Sheridan & Baker, P.S., a small Seattle firm which represented plaintiffs principally in whistleblower and employment discrimination cases. My focus at the firm was appellate litigation and dispositive trial level motions.

I also prevailed against defendant’s motion to dismiss in Fadaie v. Alaska Airlines, Inc., 293 F.Supp.2d 1210 (W.D. Wash. 2003) in which the U.S. District Court for the Western District of Washington held that federal protection for whistleblowers in aviation did not pre-empt a whistleblower’s state law claim for wrongful discharge among other holdings; and prevailed against the defendants’ summary judgment motion based on the plaintiff’s signed waiver in Goh v. American President Lines, Limited, King County Superior Court No. 02-2-29670-0 SEA, after which the employment discrimination suit concluded in a confidential settlement.

Prior to 2002, my solo practice focused on felony appeals and petitions for writ of habeas corpus on behalf of defendants on appointment by the California Court of Appeal, First Appellate District in San Francisco, and Sixth Appellate District in San Jose. On two occasions I litigated felony appeals in the California Supreme Court on appointment by the court. My cases included People v. Collins, 26 Cal.4th 297 (2001) in which the California Supreme Court held that in bargaining with the defendant to secure a waiver of his right to a jury trial, the trial court violated its obligation to remain neutral, which amounted to a structural error necessitating reversal of the defendant’s 8 felony convictions. Several of those cases, including People v Malik, H018477 (Cal. Ct. App. 2000) and re Anthony Mizner, H023553 (Cal. Ct. App. 2002) yielded the reversal of 3-Strikes sentences or convictions that had resulted in 3-Strikes sentences.

During the early 1990’s, in addition to litigating felony appeals and petitions for writ of habeas corpus, I worked as co-counsel in several civil rights lawsuits on behalf of political protestors, including Bringardner v. Cairns, San Francisco Superior Court No. 920290 in which a dozen AIDS activists and observers of an AIDS protest obtained a settlement of several hundred thousand dollars for unlawful arrest and use of force from nearly a dozen San Francisco police officers, including the Chief of Police.