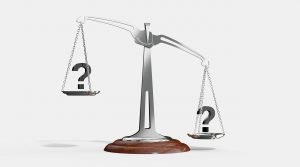 There is compelling evidence that throughout his presidency, Donald Trump criminally used his power to immunize himself from democratic accountability—and that he nearly succeeded.

Several of these abuses were particularly striking. Special Counsel Mueller  identified substantial evidence that Trump attempted to fire him in order to obstruct the Special Counsel’s investigation of Russia’s possibly decisive criminal interventions in support of  Trump’s 2016 presidential campaign. Attempting to fire Mueller for this purpose would constitute felony obstruction of justice.

During the 2020 presidential campaign a U.S. District Court found it clearly shown that, for partisan advantage, Trump, through his recently appointed Postmaster General, Louis Dejoy, was sabotaging the delivery of the mail to interfere with people’s right to vote. Interfering with delivery of the mail is a crime.

In January 2021, amid  ongoing efforts by his accomplices to cause other states won by Biden to certify Trump as the  winner, in a tape recorded telephone call, Trump told the Secretary of State of Georgia, which had voted for Biden, to falsely report that the vote count showed he had received more votes than  Biden. The case that this amounted to a felonious attempt to defraud the citizens of Georgia of a fair election is so strong that a former Department of Justice inspector general opined that Trump’s best defense to the charge would be “insanity.”

And as displayed in his recent  impeachment trial, there is compelling evidence that Trump incited a mob to attack the U.S.  Congress to prevent it from ratifying the 2020 election. Such conduct is felony incitement of  insurrection. As illustrated by the mob assault on Congress, Trump also has used the presidency to  galvanize a movement for sedition through which he now controls the Republican party. Any doubts about that must have been extinguished on February 13th when 43 Republican senators voted to acquit Trump of inciting the violent assault on the Capitol—which put their own lives at  risk!

Under these circumstances failure to prosecute Trump’s crimes will enable him and his accomplices, such as Senators Hawley and Graham, to further consolidate their movement for sedition, and thereby heighten the imminent threat to democracy in this country. Failure to prosecute Trump also will embolden the next would be autocrat to occupy the White House, who likely will be more competent than Trump, to criminally deploy the powers of the office to overcome legal and constitutional limitations on those powers—confident that neither prosecution nor prison would follow in any event.

And while the Democrats repeatedly answered Trump’s criminality by vowing “no one is above the law,” President Biden has intimated, and it is widely assumed his Justice Department will not prosecute Trump’s crimes.

Several justifications for not prosecuting often are raised. It is said that declining prosecution is needed to facilitate “national healing,” to avoid diverting attention from Biden’s policy agenda and to avoid the appearance of partisanship. None withstands scrutiny.

The notion that allowing the Justice Department to pursue charges against Trump and his accomplices will undermine whatever national reconciliation Biden might achieve is speculative at best. What is not speculative is that if Trump and his accomplices are not prosecuted, they will foment further division and assaults on democracy and the rule of law. Indeed, the prosecution of Trump and his associates will increase the visibility of Trump’s depravity, and thereby may speed the defection from the Republican party of the minority of its voters, politicians and donors, who are uncomfortable with sedition—a clearly salutary outcome.

Similarly the notion that allowing Trump to be prosecuted will take attention from  Biden’s agenda presupposes Trump will not do so absent prosecution. If anything, freed from the need to defend himself, and likely confinement in prison after trial, Trump and his  accomplices undoubtedly will be holding insurrectionist rallies and appearing on television constantly drawing attention away from Biden’s agenda. Conversely, if Trump and company are facing criminal prosecution, the conditions under which they appears in public largely will be set  by the need to respond to evidence against them—not exactly the raw meat on which MAGA crowds feed. Absent prosecution, Trump et al. set their own stage.

As far as seeming partisan, it is not his prosecution that would seem partisan, but rather the refusal to allow the prosecution. The famously non-partisan former FBI Director Robert Mueller, under the authority of Trump’s own appointee Deputy Attorney General Rod  Rosenstein, identified at least four, and given additional investigation, possibly ten cases of felony obstruction of justice related to Mueller’s investigation of Russian intervention on Trump’s behalf in the 2016 election. Hundreds of former federal prosecutors from both parties determined that the evidence Mueller uncovered would have resulted in multiple felony charges  of obstruction of justice being filed against any person not protected by the Justice Department guideline barring the prosecution of sitting presidents. Similarly, referred to as “Individual 1” in the U.S. Attorney for the Southern District of New York’s prosecution of Trump’s former lawyer, Michael Cohen, for making illegal campaign contributions, the only conceivable reason the U.S.  Attorney—again working under Trump’s Justice Department—did not also criminally prosecute Trump for the illegal campaign contributions along with Cohen, who simply had acted as Trump’s bagman, was the Justice Department guideline immunizing sitting presidents.

Notwithstanding the principal that “no one is above the law,” the fact of the matter is that the wealthy and/or powerful, if white, usually are. Even under President Obama, whose  administration likely displayed as much respect for the principle of equality under the law as any, there was no prosecution of the Bush administration officials responsible for crimes involving torture. Obama said he wanted to “look forward.” Similarly, his Justice Department failed to  prosecute any of the powerful Wall Street bankers who committed crimes that exacerbated the 2008 economic collapse. U.S. District Court Judge Rakoff, among others, has criticized the  Justice Department for its “egregious failures” to proceed against the bankers.

If the Department of Justice does not prosecute Trump, the only partisanship shown will be the standard bipartisan partisanship of holding the rich and/or powerful, if white, above the law. While this standard never has been defensible, to perpetuate it at this point would be an  indulgence our democracy may not survive.

There is more than sufficient evidence to prosecute Trump and his accomplices for their  numerous criminal assaults on American democracy. Failure to do so would constitute an egregious dereliction of the Biden Administration’s duty to “preserve, protect and defend the  constitution of the United States.”

This work is licensed under a Creative Commons Attribution-Share Alike 3.0 License Randy Baker is an appellate lawyer based in Seattle. He received his Ph.D. in sociology and his J.D. from the University of California, Berkeley.